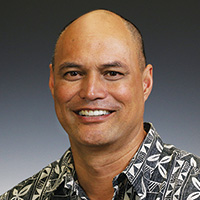 Our reunion was a success thanks to the Alumni Week Planning Committee and over 500 volunteers. The gathering not only gave us a chance to reconnect and reminisce, but also to reflect on the blessings bestowed upon us by our beloved Pauahi.

As an act of continued gratitude, please consider giving with Pauahi to create educational opportunities for more Native Hawaiians. 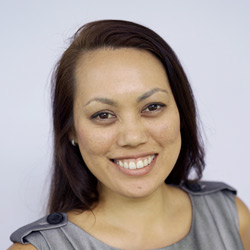 “Pauahi has played a huge role in helping many of us develop our lives. In the process, she showed us our kuleana to take care of each other and advance the Native Hawaiian community.”

Kamehameha Schools’ Summer Explorations program was a life-changing experience for Pomai Apana – a 1997 graduate of the Sacred Hearts Academy. The weeklong cultural learning opportunity laid the foundation for her personal identity, and ignited her desire to advance the Hawaiian culture, language and people.

After college, Pomai went on to serve the Native Hawaiian community through her work in the legal field at a number of organizations, including the Department of Hawaiian Homelands and the Office of Hawaiian Affairs.

In 2009, Pomai returned as an employee to the very place that ignited her passion. Serving as manager of Kamehameha Schools’ Office of the CEO, she is now in her ninth year in supporting Pauahi’s vision, and her drive and commitment for advancing the Hawaiian community has never been stronger. It is through her work that she knows firsthand that KS simply cannot do it alone.

Pomai said she gives with Pauahi as a scholarship donor to the Pauahi Foundation because she wants to help change someone else’s life just as Pauahi changed hers. 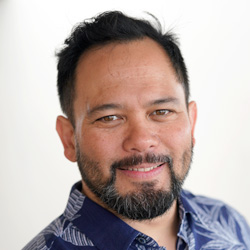 “When I think of Pauahi, I think of all the learners that have benefited from her gift. How can you not want to be a part of continuing her legacy by sharing what you can with others?”

For Dr. David Mattson, a 1989 Kamehameha Schools graduate, the motivation to serve others is the result of the people and experiences that have shaped his life.

David said it started with Pauahi and the gift of education she provided him from his beginnings as a kindergartner at Kapālama and throughout the 13 life-changing years that followed. Looking back, he has a deep appreciation for the many fond memories, lasting friendships, and the great educational opportunity that set the pathway for his future success in his career as a radiation oncologist.

David also credits his late grandfather, senator Daniel Akaka KSK’42, as a source of inspiration for the life he lived in selflessly serving not only the Hawaiian community, but all people – earning the nickname “Mr. Aloha.”

Through David’s nonprofit, Ohana100, he and his family are promoting literacy by donating free new and gently used books to kindergartners at charter and public schools throughout the state of Hawai‘i, as well as some schools in his state of residence, New York.

David said he gives with Pauahi because it gives him a sense of fulfilment knowing that he is helping keiki while honoring people like Pauahi and his grandfather who have helped shape the servant leader he is today. 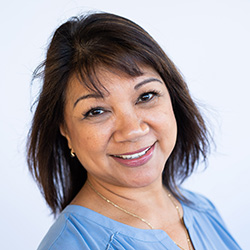 “Pauahi has given my sons an education that I couldn’t afford as a single parent. I give back with her so that other Hawaiians can have that same opportunity.”

To Felicia Lum, Pauahi is a gift. The Princess has given her two sons a chance to succeed in life through education. Both of them entered Kamehameha Schools Kapālama in the fourth grade.

Blaise, Felicia’s oldest, graduated in 2005 and flourished as a student – especially in music and performing arts. He gained a greater appreciation of his Hawaiian culture and language while at Kamehameha.

The youngest, Chris, who will be graduating in 2019, enjoys music and immersing himself into the culture just like his older brother did, but gravitated more toward athletics while at Kamehameha.

Felicia made sure they never took their educational opportunity for granted, and instilled in her sons to always pay it forward by serving others who are less fortunate.

In August 2015, Felicia faced what no parent should have to ever experience – losing a child. Her son Blaise passed away at the age of 28. What gave her solace in her time of sorrow was the full life he lived as a giving and caring person who impacted many. To celebrate his life, and carry on Pauahi’s legacy of giving, she created the Blaise A. Kepo‘okelaokekai Baldonado Scholarship at the Pauahi Foundation.

It is through this scholarship that Felicia gives with Pauahi by ensuring other Hawaiian learners receive the same educational opportunities that her sons were given. 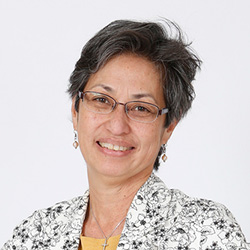 “Pauahi is a role model not only for women and Hawaiians, but for all others as a true servant leader. By giving with her, we serve all the generations after us.”

Janis Kane firmly believes that no one can take away your education. For the 1976 graduate of Kamehameha Schools, the value of a quality education was instilled at a young age by her father while growing up in a modest household on the island of Kaua‘i. When the chance to attend Kamehameha in the seventh grade presented itself, her parents could not pass up the opportunity despite having to send their youngest of three children away for school.

Janis said she was positively impacted by her teachers and experiences while boarding at Kamehameha, which she credits as setting the foundation for her success in her career and life. She left the campus with a sense of independence, as well as a responsibility to serve others.

After attending college on the mainland, she returned home to work for Kamehameha Schools and support the mission as an employee. Through her 30-plus years as a staff member, she has seen first-hand how Kamehameha Schools has gone beyond its campuses to serve Native Hawaiians through its many community education programs. At the same, for every learner served, she is reminded of the many others who don’t have access to one of the greatest equalizers in life—a quality education.

By donating to the Pauahi Foundation, Janis gives with Pauahi because she believes it is now her kuleana to continue that legacy of serving others. 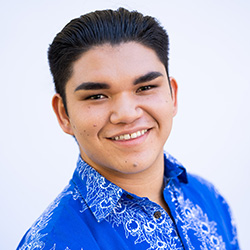 “Pauahi has impacted many lives. Although small in comparison to what she has done for all, I give with Pauahi so that others in our Hawaiian community have the opportunity to get an education.”

For Kamehameha Schools Kapālama student Kūmalie Dias-Blake, Pauahi’s generosity goes back four generations starting with his great-great-grandfather, Charles Blake, who was part of the Kamehameha School for Boys' first graduating class in 1891.

Kūmalie, a Kapālama 2019 senior, said he appreciates the uniqueness of a Kamehameha Schools education where Hawaiian culture, language and values are intermixed with lesson plans to help prepare students to serve their communities as young kanaka leaders, as well as make a difference on a global level.

Kūmalie gives with Pauahi by donating to the Pauahi Foundation as part of the next generation of giving so that other young Hawaiians receive the same gift – the opportunity of an education.